Clitoris, female erogenous organ capable of erection under sexual stimulation. A female homologue of the male penis, the clitoris develops (as does the penis) from the genital tubercle of the fetus, and it plays an important role in female sexual response… Thanks for the definition Encyclopædia Britannica!

We all know (or should know) that the female body is fascinating, is capable of supporting life, and sexuality is so complicated, as interesting, so worth discovering. The great forgotten in these matters, usually the clitoris, a small, and capable of generating an immense sexual pleasure to the woman’s body. Want to know some interesting facts about the clitoris?

The clitoris contains at least 8,000 sensory nerve endings. To put that into perspective, the penis has about 4,000. That makes this tiny area the most sensitive part of a woman’s erogenous zone. And while the clitoris is quite small, its powerful sensations can spread across a woman’s pelvic area by affecting 15,000 other nerve endings.

Well Understanding the clitoris is the sign of a man that is invested in his partner and her pleasure, both of which are noble qualities. Even though it seems like a bit of a mystery, there’s nothing to be afraid of, and many things to gain, namely a happy and satisfied woman. And remember, a satisfied woman is going to be more interested in making sure that you’re satisfied too, and you can’t ask for more than that. 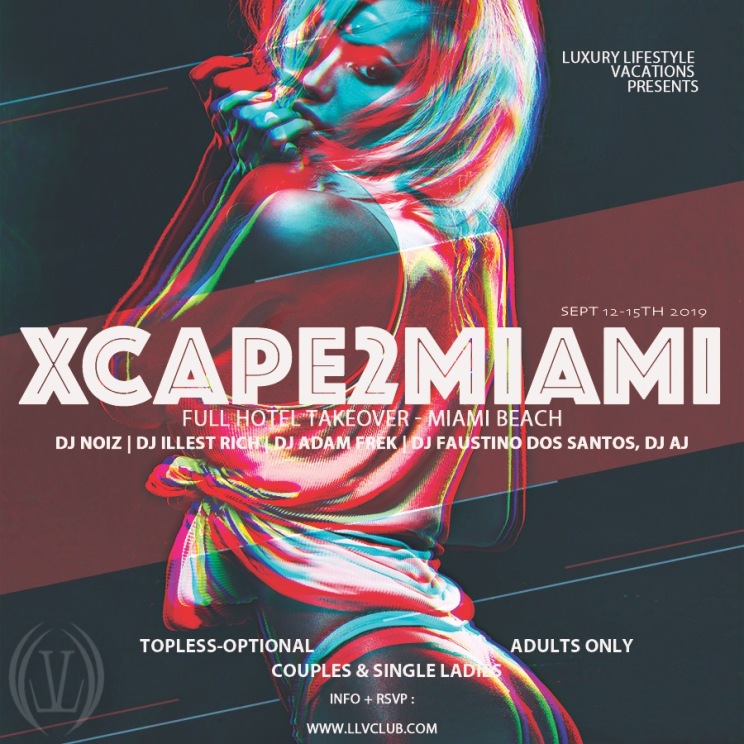 Once again LLV transforms a 5-star luxurious resort into a couples paradise. Whether you’re looking to enjoy the incredible oceanfront views or titillating people-watching, our unique twist of Latin flavor on this sexy getaway will make it the most memorable three nights you’ve ever spent in Miami.