How many of my male friends hear this… “Not tonight, I have a headache,” Well, that can be true, but new research suggests that not all headache sufferers avoid sexual activity. As a matter of fact, females with a migraine reported way higher levels of sexual desire than those with other types of headaches, this according to a study from Wake Forest University School of Medicine and colleagues.

The study suggests that the same brain chemical may influence the female’s sexual desire and migraine headaches, according to Timothy Houle, Ph.D., lead author and research assistant professor of anesthesiology. “The results support the idea that a migraine, as a syndrome, is associated with other common phenomena. Understanding of this link will help us to better understand the nature of a migraine and perhaps lead to improved treatment.”

The study involved 68 young adults from the city of Chicago, appeared in an issue of Headache, a magazine published by the American Headache Society, and is already available online.

The purpose of this study was to examine the connection between a migraine headache and self-reported sexual desire. There is substantial evidence of an extreme and complicated relationship between the sexual activity and headache.
Both sexual desire and migraine headache have been linked to high levels of serotonin, the brain chemical that plays a role as well in cases of depression. An excess of serotonin has been associated with a broad decrease of the libido, and persons who suffer a migraine are reported to have low levels of the brain chemical on their system.

“Considering the circumstantial evidence linking both a migraine and sexual desire to serotonin, we wanted to explore whether the two phenomena are related,” said Dr. Houle. 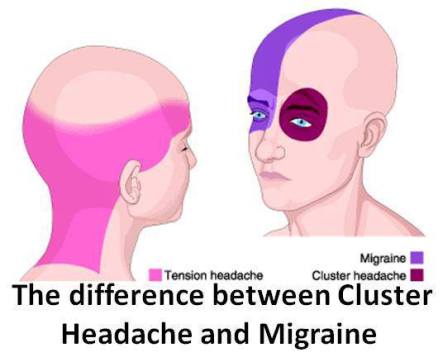 Because of this relationship between serotonin levels and the sexual desires is so unique, the study created the hypothesis that the relationship is extremely close and determinant. Since migraine sufferers have such a low levels of the chemical, it was well predicted that they would report higher levels of sex drive.

All 68 participants in the study reported having at least 10 headaches a year. Their average age was 24 years old. Participants underwent interviews to diagnose their type of a headache – either a migraine or tension — and filled out a 14-item questionnaire to measure sexual desire.

Migraine sufferers reported levels of sexual desire that were 20 percent higher than those who suffered from headaches due to tension.

Also, the research demonstrated that in general, patients with a migraine may experience much higher levels of sexual desire than others. The patients in the study appeared to be aware of this situation, rating their sex drive as being higher than others their age and gender.

As expected, the results strongly suggest that serotonin levels may be implicated in both migraine headaches and sexual desire.

“This opens the door to consider other phenomena that have a similar neurochemical basis,” he said. For example, there is an increased prevalence of depression in people with a migraine, which is also theorized to be modulated by serotonin.

It is absolutely not the first time that scientists and doctors have made the counterintuitive link between sex drive and migraine headaches. Back in the 17th century, the father of neurology, doctor Thomas Willis, described a “robust sexual appetite” in his famous historical headache patient, Lady Catherine. And explained how well the patient feels after induced to orgasm. Couch, chairman of the neurology department at the University of Oklahoma Health Sciences Center, has famously described what his peers call “the Couch treatment” for a migraine. Couch has found that some people’s migraine headaches go away when they have an orgasm.

With its famous hammocks inviting you to rest (and other things) to the paradisiacal beach we are sure that you will enjoy the sexiest and hottest vacation of your life. And do not forget to enjoy the world famous nudist beach!