What more can I say to you? At sea, life is tastier! That’s no doubt.

And the joy of reuniting with friends and acquaintances, is a real satisfaction. Then I determined that although we are yet at sea, to share with you something that we have discovered during our sail. With great satisfaction we have met many couples who are taking their first steps into the “lifestyle”. New blood is always very much welcome…

And of course, many are eager to know more and more the “lifestyle”. Many questions have been asked, and I promised several of them that I would gladly do another blog referring to the terminology of the “lifestyle”. And to my luck, on board we have found our very good friends Holly & Michael from Playboy Radio, who very courteously, have given me a copy of the guide “Welcome to the Lifestyle”

A handy glossary & crash course on swinger’s etiquette to assure your first event is magical.

So many thanks to Holli & Michael for the material!

There are many terms, words and acronyms you will come across as you dip your toes into 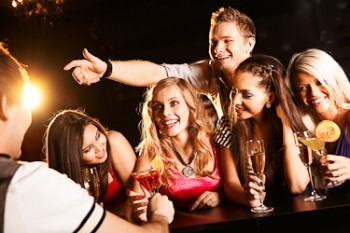 the Swinging pool or jump in head first. We have met many experienced Swingers still unsure about what means what and when to use an acronym.

This is for you to make sure you are not just walking the walk…you’re talking the talk. What you see here is not an all-encompassing list; it’s a“starter kit” and meant to provide a foundation.

By Holli and Michael.

I think that they did a great job collecting all the “terminology” that you will need to jump into the Lifestyle. Great job guys!.

A full takeover event we are transforming the entire place as a lifestyle resort meaning the pools, Jacuzzi are clothing optional. The hours of the bars and restaurants are adapted to cater our group.

In addition we are bringing live performers, International DJ’s, a production company to set up the club/disco, foam party, playrooms etc.

We will offer as well a couple of excursions clothing optional and a Beach club with beds on the beach that will allow nudity and playroom!